By the end of this lesson, you will be able to:

Where have we heard the term prototype before. What do we know about this so far?

Prototypes are the mechanism by which JavaScript objects inherit features from one another. Having access to this chain of inheritance (via prototype objects) is a powerful way to define a behavior in one place and then use it in many others.

Once more, what is a prototype?

In JavaScript, a prototype is a special object that is assigned to all functions, including but not limited to functions that are used to construct objects.

Take a look at the example below:

In order to add methods to our template, we had to manipulate the prototype directly. This is exactly what our classes do under the hood.

Review: What is a prototype?

Another Look (In Breakout Groups)

From our prior example, take a look at the instructor and take note of all the properties. (Note the lowercase i) 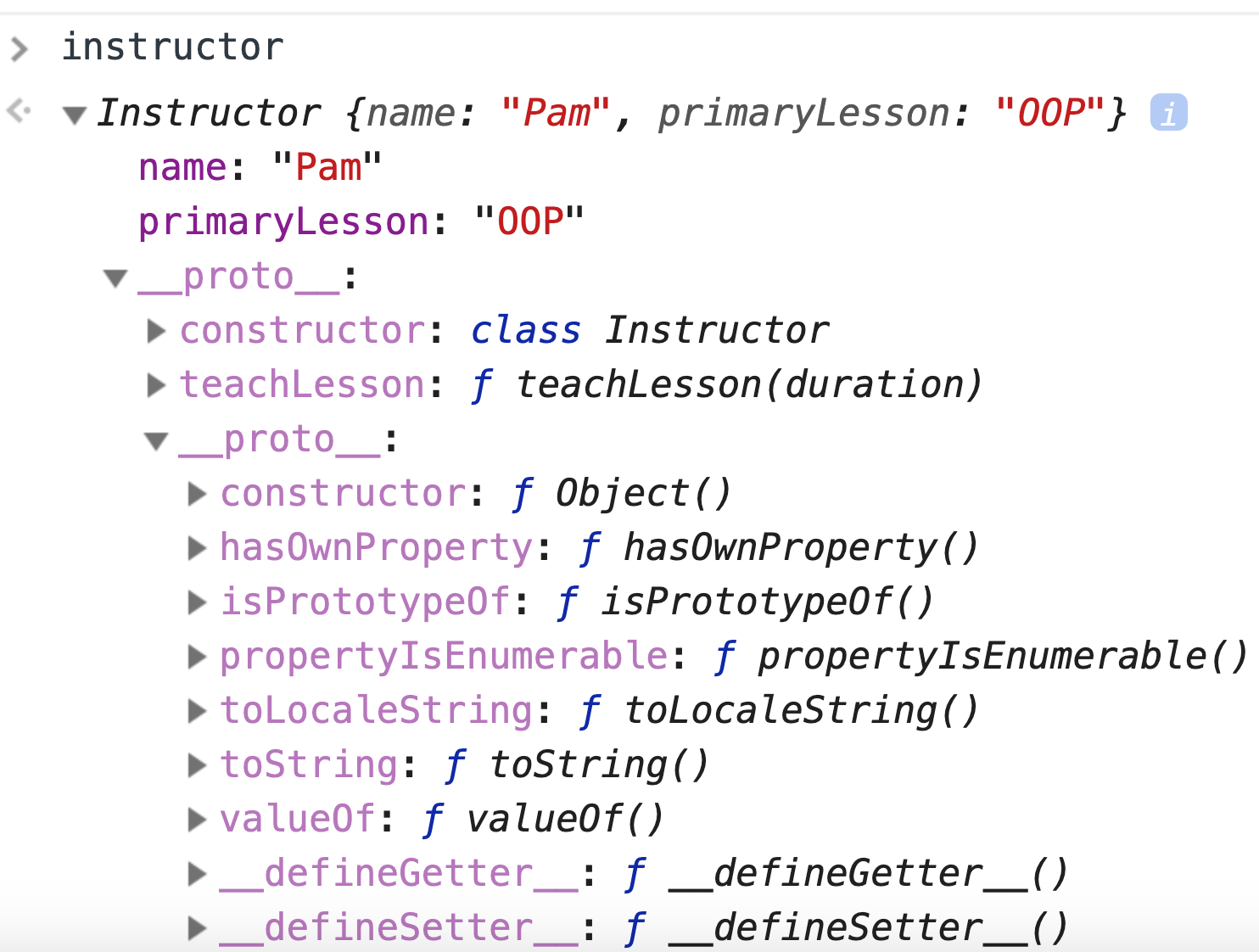 It is likely that you have seen this (somewhat overwhelming) list of properties while working with other types of data in your console - not just functions and objects.

What is the proto?

Everything (including the Instructor class) that we have checked in the console thus far has had the property __proto__. 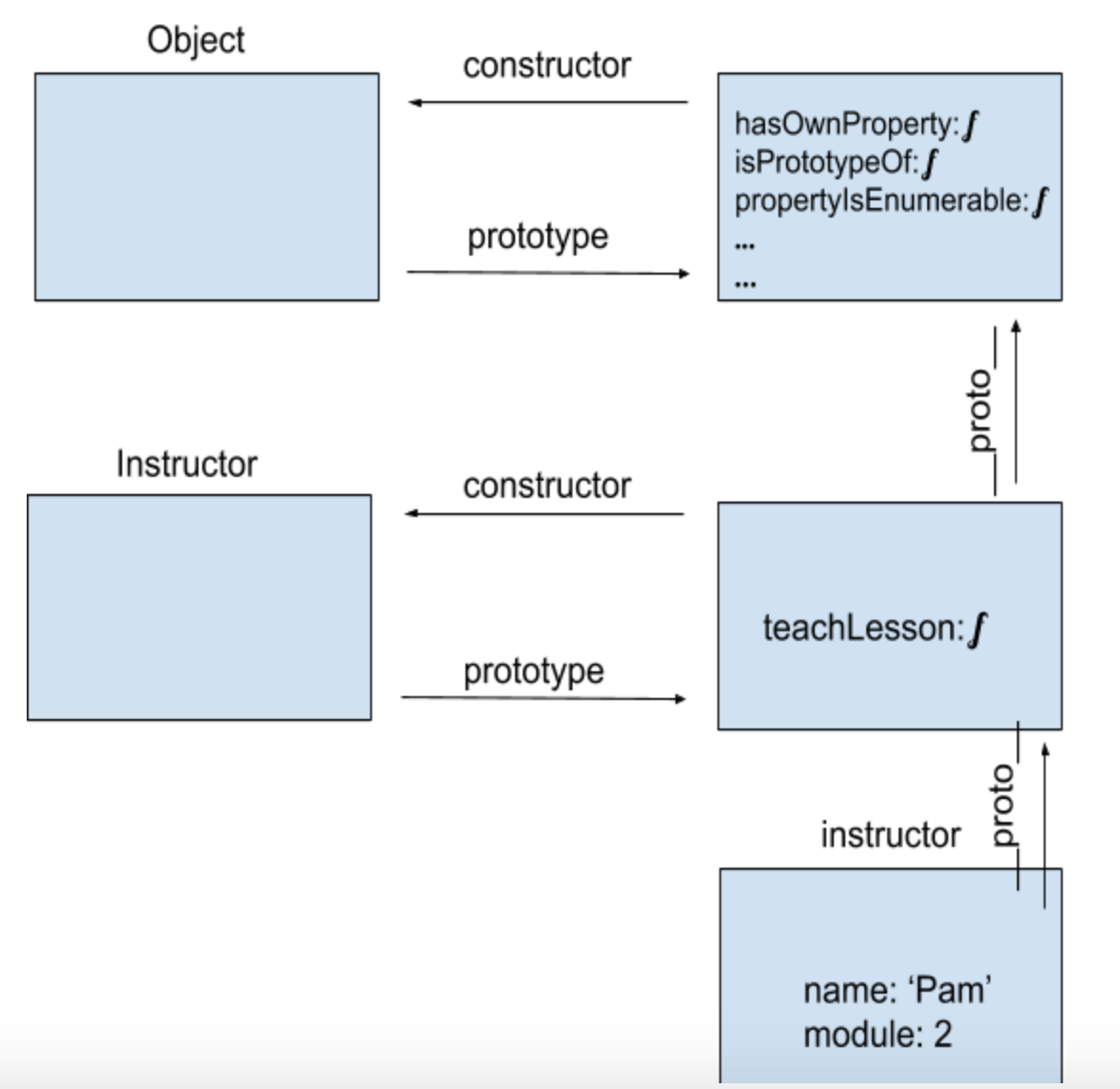 It is this reference, or linking, between objects that makes up the prototype chain.

For example, using our instructor variable, let’s use the valueOf prototype method.

Strange…this isn’t a method we created on our Instructor class. valueOf is actually an object prototype method! Why do we have access to this method on a string as well? What is happening?!

When the interpreter is attempting to access a property on an object, it will start by looking directly on that object. If that property is not found, the objects internal [[prototype]] property will point to the object to examine next. The interpreter will continue to travese the prototype chain to seek a resolution for the property… until the end of the prototype chain is reached (resulting in null).

It is this linking between objects that makes it so that objects are not limited to using the methods that are formally defined directly on that object - they can also ask objects further up the chain for help.

With your partner, save all the data types that you can think of to variables. Using the console, check the [[prototype]] link via the dunder-proto.